This one-day seminar is designed to professionally develop and optimize your life for entrepreneurial and leadership success. We are hosting the Subject Matter Experts, Mike Glover, Andy Stumpf and Jack Carr, each will share their successes and failures, and give you tangible tactics that can be implemented into your life. Dinner option available for an additional fee on top of the workshop.

We will have limited space available for an optional dinner concluding the workshop. This will be an additional ticket for the meal shared with Mike, Andy & Jack.

Mike Glover spent 18 years in the Army serving as a Sergeant Major in Special Forces and was deployed to combat theaters of operation throughout his career. Along with being an expert in Counter-Terrorism, Security and Crisis Management, he holds a Bachelor’s degree in Homeland Security. Mike is also an experienced hunter and an avid outdoorsman. Today, Mike is the CEO and owner of FieldCraft Survival, a company that makes premium outdoor gear and apparel and offers training courses in firearms, survival, mobility, medicine and preparedness.

Andy Stumpf is a former Navy SEAL. He enlisted for military service in 1996, after completing the necessary military training, Stumpf began his SEAL career assigned to SEAL Team Five. Throughout his 17-year career, he served on both East and West coast SEAL Teams. Post military, Stumpf managed Corporate Development and Licensing for a global fitness brand, focusing on strategic relationships and sponsorship opportunities. In 2015 Stumpf founded Razor 01 LLC, a consulting firm dedicated to teaching the lessons learned from over a decade of sustained combat in Special Operations to the leaders and managers of corporate America.

Jack Carr is also a former Navy SEAL. He led special operations teams as a Team Leader, Platoon Commander, Troop Commander and Task Unit Commander. Over his 20 years in Naval Special Warfare he transitioned from an enlisted SEAL sniper, to a junior officer leading assault and sniper teams in Iraq and Afghanistan, to a platoon commander practicing counterinsurgency in the southern Philippines, to commanding a Special Operations Task Unit in the most Iranian influenced section of southern Iraq throughout the tumultuous drawdown of U.S. Forces. Since leaving the military, Jack has become a New York Times bestselling author of The Terminal List Series, he released four books in the series and just finished writing the fifth book.

This course is all inclusive including breakfast and lunch provided by Chef Waylynn Lucas (food network).

To conclude the training; Mike, Jack and Andy will host an open forum for discussion and answer all your questions regarding the seminar.

For those traveling for courses in Heber City, UT we recommend the Holiday Inn Express. Let them know that you are attending a Fieldcraft Survival course and they will give you 15% off of stated room rates.

By purchasing you agree to the No Refund policy. 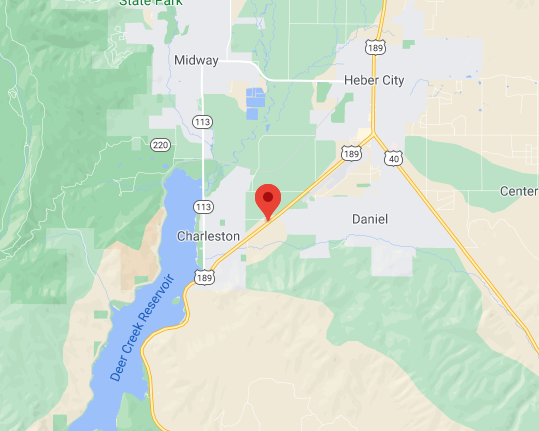 Inside the Waistband (IWB) Kydex Holster